Why Do Frozen Pipes Always Burst? 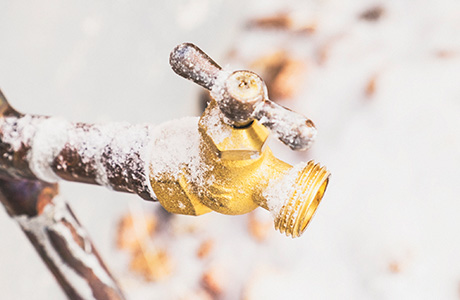 Why Do Frozen Pipes Always Burst?

Bursting water pipes are a major concern in many homes during the winter. Poorly insulated pipes in unheated spaces of a house are more prone to freezing and bursting. But why do frozen pipes burst?

As temperatures drop, the water inside the pipes begins to freeze. When water freezes, it expands, which causes an increase in pressure inside the pipe. The water can increase in volume by about 9% or more, thereby causing the water pipe to break. Thawing the ice raises the pressure even further, which is why you should seek the help of an experienced plumber.

You should take quick action and call a nearby plumber when your pipes freeze, otherwise, you’ll deal with expensive water damage when the pipes burst. Even though frozen pipes thaw on their own as outside temperatures begin to rise, you should not wait until this happens. Instead, turn off the water supply and locate the frozen pipe. Next, open the faucets connected to the frozen pipes and raise the temperature of the pipes using a space heater, electric heating pad, heating cable, or hairdryer.

Caution: Do not attempt to warm frozen pipes with flame devices such as a propane heater, blowtorch, charcoal stove, or kerosene heater.

Although it’s common for frozen pipes to burst due to the buildup of pressure inside the pipes, not all frozen pipes burst. However, when pipes freeze, the risk of them bursting increases considerably. The good news is that there are preventive measures you can take to prevent frozen pipes.

How to Prevent Pipes from Freezing

Even if you take all the necessary precautions, extremely low temperatures can cause your pipes to freeze and burst. Older and deteriorating pipes are more likely to freeze and burst. If your pipes are frozen and you need help with thawing them or they’ve burst, call professional plumbers to help you out. At Mr. Rooter Plumbing, we can help you with thawing frozen pipes, pipe repair, and pipe replacement. We have served residential and commercial customers for more than 50 years, and we’ve become one of the most trusted plumbing companies.